Established in 1858, New Hanover Prep. celebrated one hundred and sixty years of history in 2018

It was in 1858 that three farmers, Messrs H Siecksmeyer, F Aulfes and G Bosse, who were then members of the Hermannsburg Congregation, came together to form a new congregation. For nine years a building on Mr Aulfes’ farm was used as the parsonage, church and school. Rev H Schutze was the first pastor. He also did missionary work and taught the children of his congregation.

In 1867 the first two classrooms were built. The children had to feed the pigs on their parents’ farm, milk the cows and then walk for many kilometres to get to school. The school year started on 2 January and closed on 31 October. There was no winter vacation because the children were required to help with the farming in summer. During the early years, most weddings were held on Thursdays. This was a treat for the children – they had a holiday as their Pastor and teacher had to prepare for the wedding!

School attendance was often poor and irregular because the children could not reach the school due to heavy rains and the rivers overflowing. The children also had to help on the farm, if there was a shortage of labour. A first for the New Hanover community was that compulsory education was introduced in 1875 for children of members of the congregation. In 1875 an agreement between Pastor and the Congregation was implemented and it roughly stated: “We the undersigned farmers and inhabitants of New Hanover promise to fulfil the following requirements:

2. We promise not to keep our children at home without the Pastor’s permission.

3. We promise to pay a fine of 5 shillings per day, per pupil if we break this agreement. Our Pastor may not allow any family to keep its children from school for more than 5 days in a month. Should he however, grant such permission, the Pastor will be fined 5 shillings per day per pupil who is not at school.

This form of compulsory education was introduced at New Hanover 33 years before the rest of Natal, where it was introduced for European children, only in 1908.

In 1979 a farm and piggery were acquired to help finance the school. This outstanding piggery is still financing the school today, and has been an invaluable asset to the school. Sugar cane has also been planted on the farm to help keep costs down.

“Proving that nothing is really new, the drought of 1887 – 1888 was so severe that most rivers in Natal , including the Umgeni, stopped flowing.

In 1910 it was recorded that sightings of Hailey’s Comet between 12 April and 17 May had caused considerable excitement. On 11 June 1920 even more excitement was generated when an aeroplane was seen for the first time flying over New Hanover and Pietermaritzburg.

Two not so happy events were in December 1935 when the grasshoppers swarmed for 2 days. Everything green disappeared as the insects chewed their way through the area and were in turn “chewed” by hundreds of hawks and storks. Smoke-fires and loud noises were used to rid the area of this pest. In 1948 a tornado destroyed the parsonage which, at that stage, was occupied by Rev Lutge and family.

In 1945 the school hostel was opened and could accommodate 45 children. Some pupils came from as far afield as Namibia.

Since those early beginnings, the enrolment at the school has hardly ever been over 100. A high standard of education has always been maintained. The school is steeped in the faith and culture of its founders. The school has classes from Grade 1 to Grade 7 and each grade has its own classroom and class teacher.

Today the School is an English medium school offering German, Zulu and Afrikaans as additional languages with one class per grade. It employs the National Curriculum Statement in its high standard of academic excellence while adapting to current trends in Independent Education. 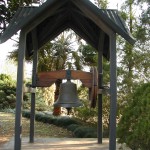 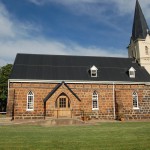 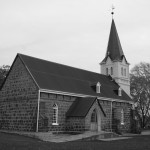 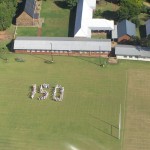 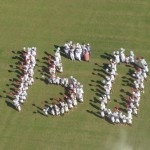 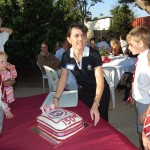